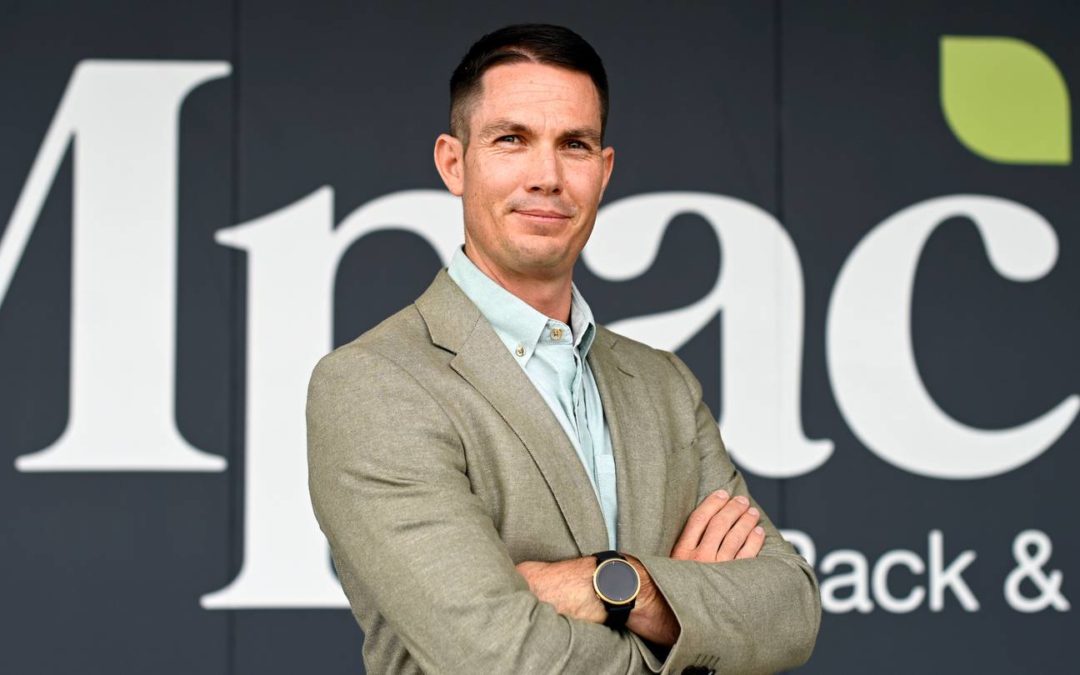 Brendon Lee started in the kiwifruit industry as an orchard cadet and is now the face of one of Tauranga’s fastest-growing post-harvest facilities.

From working as kiwifruit orchard cadet to becoming general manager of Tauranga’s fastest growing post-harvest facility, Brendon Lee is a shining example of how the horticulture industry nurtures talent.

After starting his apprenticeship at 18, Brendon has spent 15 years rising through the ranks, holding various roles, initially in Te Puke and more recently at Mount Pack and Cool (Mpac), where he leads a team of more than 100 permanent staff and 600 seasonal staff.

At 33, he’s rubbing shoulders with seasoned executive professionals, but his relative youth belies a depth of knowledge that’s been shaped by various hands-on roles and experiences.

Working as a post-harvest site manager in Te Puke when Psa ravaged kiwifruit vines around the Bay of Plenty and last year, he led Mpac and Apac through the challenges of packing and storing its largest volume of kiwifruit during a global pandemic that forced New Zealand into lockdown and essential businesses like his to take extra precautions to ensure the health and safety of staff.

Both experiences taught him the value of communicating during a crisis.

“Psa was a tough time for everybody,” says Brendon. “There were rounds of redundancies in the industry and it was unnerving for staff and management. Although the Mpac group did not make any employees redundant, we didn’t know if we’d have an industry in a year or two.”

That experience taught him that while planning for the future is important in business, so is taking one day at a time and being nimble. That’s particularly the case when scenarios become uncertain in times of crisis.

“Amid uncertainty about the future, just focus on the here and now. A lot of wasted energy is spent focusing on what may or may not happen.”

Brendon called on those Psa experiences when navigating the challenges of 2020 and COVID-19 as general manager at Mpac Group. Having a clear communications plan was critically important, he says.

“Announcements from Government officials were changing almost daily so we were constantly communicating our response plan to staff and growers.”

He recalls staff anxiety levels “went through the roof”.

“I’d never seen anything like it before. Staff came to work, but most people wanted to go home and be with their families during Level 4 which was understandable.

Managing anxiety amongst staff was a big part of my role, but once they saw we had a plan and could get through, everyone was ok.”

It was the type of pressure cooker environment that would test even the most experienced senior manager, but he never buckled under the heat.

“There’s a lot of money invested by people around me with skin in the game. You feel the pressure and responsibility from that side. The growers, they wanted their fruit picked as soon as possible because no one knew how long things would stay open.”

Brendon says he grew a lot during those challenges, which has given him confidence to know he can handle anything that comes his way.

“I’m very proud of our team’s performance. When we had more time to reflect, I realised it was a pretty amazing achievement. To have those results in a normal year would be pretty good, but to have them in a COVID-19 year was exceptional.”

Brendon is now turning his attention to planning for the 2021 kiwifruit harvest and recruiting staff ahead of the season starting in March.

COVID-19 border restrictions mean there is added pressure to fill vacancies for the second year in a row. But even without a global pandemic to contend with presently, we know the situation could change at any time so the risk has not gone away. The horticulture industry is staring down the barrel of a major workforce shortage, especially in the Bay of Plenty due to a period of intensive growth due to global demand for quality, sustainably-grown fruit.

By 2025, the industry is expected to need a net increase of 7,800 workers, including 14,900 across the workforce with qualifications.

Brendon says long-term demand for labour made horticulture a very attractive career choice, with hard work and talent rewarded by employers. Not all roles in the industry were physically demanding, and he encourages all secondary school students to seriously consider a future in horticulture.

“My parents had a green kiwifruit orchard near the Pāpāmoa Hills but as a kid, I hated it because my parents made me work in the orchard in the weekend and after school.

“I took ‘Ag and Hort’ as a student at Te Puke High School and, after deciding dairy farming wasn’t for me, I cut my teeth as a cadet, starting right at the bottom. My first job was an orchard cadet and label operator at a packhouse during the harvest, but I worked my way up to production supervisor, to line manager, to packhouse manager, and eventually site manager.

“A lot of companies have very good progression plans. I did a Diploma in Horticulture via Lincoln University and my then employer put me through that with night classes.”

In 2012, he was approached to be the general manager at Auckland Pack and Cool (Apac), a role which opened him up to the wider business world.

The senior leadership role prepared him well for a return to the Bay of Plenty in 2017, when he took over as Mpac’s Group general manager while continuing to oversee the Apac management team.

His professional development continued, with his employers funding a Diploma in Business Management extramurally via Massey University, as well as participation in the Kellogg’s Leadership and Zespri Industry Governance Development programmes.

“Career progression has kept me motivated. Every couple of years I was promoted and I had the opportunity to step up.

“Having benefited from that, if we see someone at Mpac who has the potential to move up, we like to promote from within. Our coolstore operations manager Nik Cavill started with us eight years ago as a stacker and now Nik oversees our coolstore operation and has numerous staff reporting to him.”.

“We’re a really progressive company and there’s opportunities to grow with us too.”

“We’re part of a multi-billion-dollar industry. Why shouldn’t the most talented people be working in kiwifruit as well?”

Brendon Lee’s advice for students considering a career in horticulture
• Talk to people in various businesses to fully understand what the opportunities are.
• Not all roles are labour-intensive or physically challenging. Find a position that works for you.
• Show initiative and don’t be afraid to put yourself out there in order to stand out.

About Mpac
Mpac, Mount Pack & Cool, was formed in 2009 and is one of five subsidiary companies belonging to JACE Group Limited, which oversees the full supply chain of kiwifruit from the orchard to the consumer. JACE Group’s other subsidiaries include GroPlus, Southern Orchards Limited, APAC (Auckland Pack & Cool Limited) and Kiwi Green New Zealand Limited. Locally owned and operated, JACE Group has been based in the Bay of Plenty since 2003.