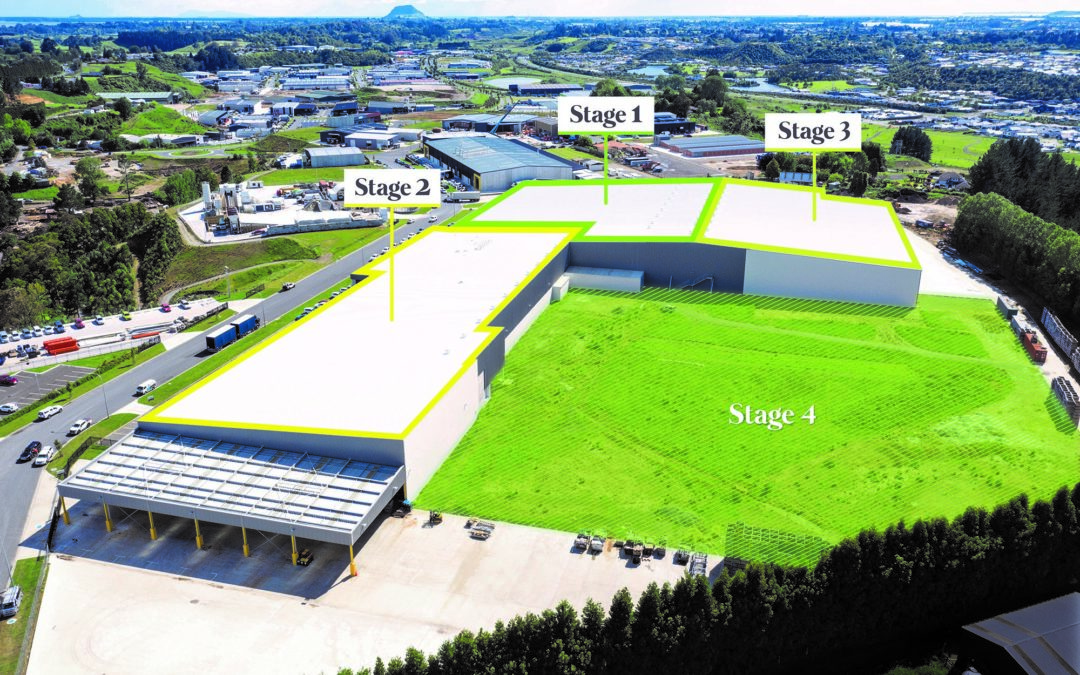 “By future proofing our business, growers can see that we have capacity to expand and feel confident coming on board.”

Signifi cant investment by the company and smart forward planning has seen it in good shape with an additional 10,000sqm of coolstorage completed in May 2020 adding 2.5 million trays of coolstore capacity.

The company secured the largest single site in the Tauriko Business Estate (65,000qsm) in 2016 and built a state-of-the art facility.

Brendon says that every detail was designed with effi ciency, sustainability and performance in mind making it the most technologically advanced greenfield packhouse in the Bay of Plenty.

Brendon says growth has been driven by increased demand for Zespri’s Sungold or Gold 3 variety. Zespri has released hundreds of hectares of the gold license, which has been eagerly snapped up by orchardists.

Brendon says that Mpac has been able to pick up a large market share of the resulting demand for post-harvest services on the back of its investment in its facility, low fruit loss, high OGR (orchard gate returns), harvest capacity and strong forward planning focus.

“By future proofi ng our business, growers can see that we have capacity to expand and feel confi dent coming on board,” he says.

“Our state-of-the-art facilities result in good orchard gate returns and we are industry leading in that regard.

“Our costings are very competitive and our performance has been good with the lowest gold fruit losses in the industry.”

He puts this down to a combination of site layout, technology and good people. For example when fruit arrives at Mpac it is put in a unique bin curing room for 24-48 hours that is temperature and humidity controlled.

“This allows the fruit to cool slowly and by keeping humidity at 99% we are not losing weight, which is obviously what growers get paid based on.

“This facility was custom-designed and has been a big benefit to our growers.”

Off shore demand for kiwifruit, and in particular Sungold, remains strong, he says, in Asia, Europe and North America.

“The market has a strong appetite for Sungold and Zespri can see that increasing. It has a very sweet taste with a higher sugar content making it popular with a variety of consumers, in particular children.

“The green varieties take longer to ripen and after a short time become over ripe. Sungold has a longer shelf life and is ready to eat for longer,” he says.

The success of Mpac is due to the fact it is owned by experienced Bay of Plenty kiwifruit operators who formed JACE Group. JACE Group can cover the entire supply chain of kiwifruit from the orchard to the consumer.

Brendon says that Mpac has developed a solid reputation among growers for trust, respect, integrity and all-round excellence and many Mpac staff have been with the company from JACE Group’s inception, contributing to a strong family culture and a desire to get the best out of one another.

“Relationships are at the heart of our business and ensure staff care about every individual grower and piece of fruit as if it’s their own,” he says.

And with a further 30,000sqm of space on the Tauriko site there remains plenty of room for Mpac to expand.

Brendon says the fact that kiwifruit has a high vitamin C content has made consumers value it even more in the Covid-19 pandemic environment with the increasingly strong focus on health.