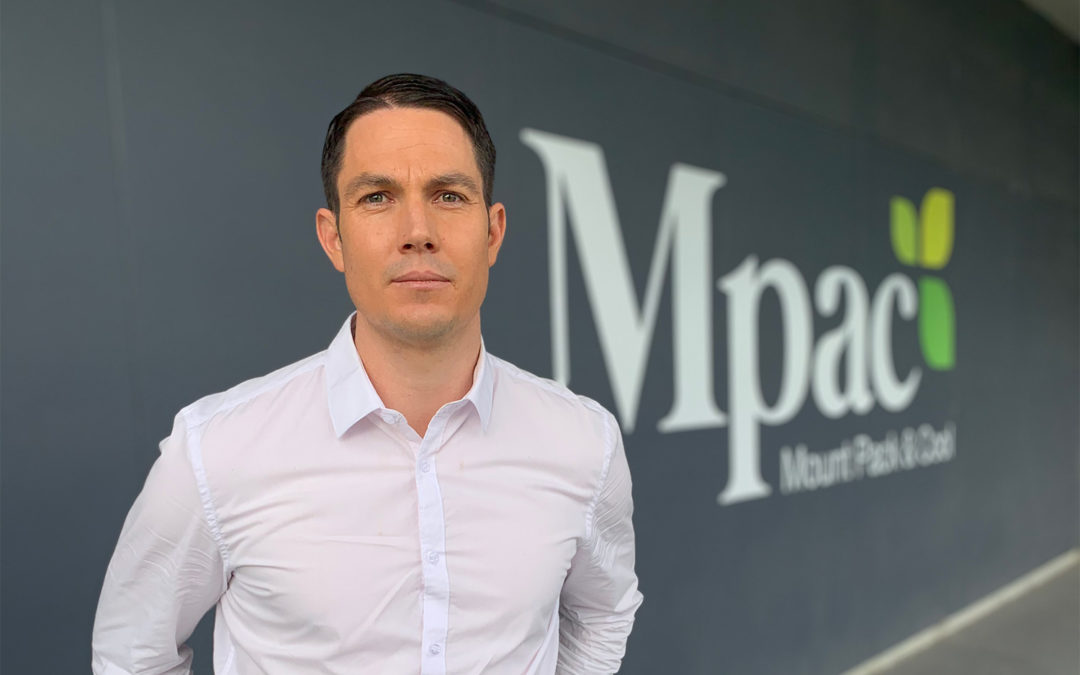 Confidence in the kiwifruit industry’s export growth is fuelling Mount Pack & Cool’s plans to charge ahead with new investment in innovation and increased packing and storage capacity at its 6.5ha site at the Tauriko Business Estate.

In January, the privately-owned company will start work on its fourth stage of development which, when complete, will make it the largest individual post-harvest site in New Zealand, with the capacity to handle 24 million trays of Class 1 kiwifruit by 2022.

“Growers can see we have an amazing facility and our results speak for themselves. As growers are also increasing production volumes on orchards, they’re looking to partner with us because they can see we’ve future-proofed for growth and greater capacity, which is critical for them at harvest time.”

The state of the art facility has been operating at Tauriko since May 2018 and now has three seasons under its belt, packing kiwifruit for growers across the Bay of Plenty.

It opened with a 25,000sqm custom-designed bin curing room and packhouse, 10 coolstores and eight controlled atmosphere (CA) coolstores. In May this year, work was completed on an additional 10 coolstores and six pre-coolers as part of the facility’s Stage 3 development. The 10,000sqm building and load-out canopy increased Mount Pack & Cool’s coolstore capacity by a further 2.3 million trays.

Some Green kiwifruit orchards are being converted to Gold fruit and, while Zespri continues to release 700ha of SunGold licences each year, Mr Lee expects the company to handle even more Gold fruit in the future.

For this reason, its Stage 4 plans include the commissioning of a packhouse purpose-built for Gold kiwifruit.

Temperature and humidity will be carefully controlled inside the packhouse to preserve the fruit quality as it moves through the facility and out of controlled atmosphere environments.

“Older packhouses make it difficult to pack and ship Gold fruit after it comes out of controlled atmosphere because when it returns to ambient temperature, it starts to sweat.

“Our building design will ensure there’s no humidity or sweating on the fruit to give us the ability to extend its shelf life so we can pack it after the season, direct to order for customers and ship it.

“We are the only post-harvest facility in the industry with a set-up like that.”

Other innovative features built into Mount Pack & Cool’s facility include a grading machine that uses Global Scan, the latest version of camera grading with pinpoint accuracy. Its on-site laboratory can test for fruit pressure, Brix, pests and colour pre-harvest, while its Near Infrared (NIR) grading technology recovers a portion of fruit which has failed to meet Zespri’s dry matter requirements. The high humidity bin and temperature-controlled bin curing room with 99% humidity means the fruit doesn’t lose any weight before being packed. This allows growers to achieve the highest possible Class 1 packout.

“Efficiencies built into the design are helping us deliver the best financial returns to growers while enabling us to invest in greater capacity for the future. It’s a win-win,” says Mr Lee.

Mount Pack & Cool has supported Tauranga companies during its recent growth. Form NZ was the lead contractor for its Stage 1 and 2 developments and iLine Construction was used for Stage 3.

“We’ve completed 35,000sqm of building with local contractors over the past three years. They’ve been significant investments and valuable partnerships.”

Next year Mount Pack & Cool expects to employ about 500 seasonal staff, in addition to 100 permanent staff.

About Mpac
Mpac, Mount Pack & Cool, was formed in 2009 and is one of five subsidiary companies belonging to JACE Group Limited, which oversees the full supply chain of kiwifruit from the orchard to the consumer. JACE Group’s other subsidiaries include GroPlus, Southern Orchards Limited, APAC (Auckland Pack & Cool Limited) and Kiwi Green New Zealand Limited. Locally owned and operated, JACE Group has been based in the Bay of Plenty since 2003.